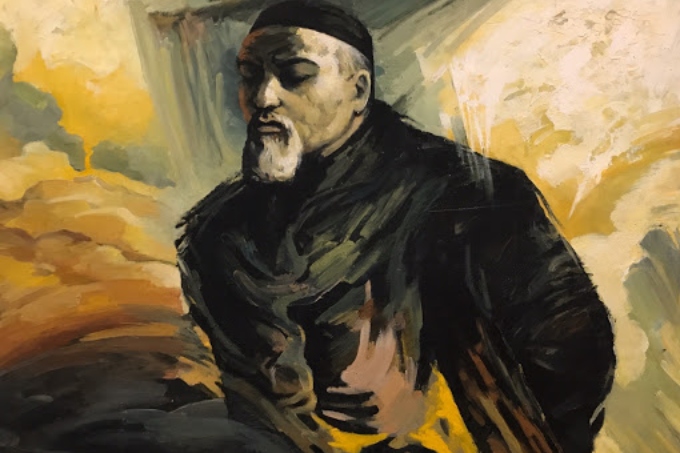 The Kazakh is glad to madness when in difficult baiga his horse comes first, a wrestler- countryman wins, when a falcon grown by him successfully beats a bird, and his beagle beautifully takes a beast. He is sure that for him there is no greater joy in life. But can there be such a big joy caused by the advantages of one animal over the other or human superiority over his rival? And then, neither that enthusiastic man nor his son won the tournament of fighters, and they not themselves came first on their horses. It turns out that this joy is fleeting and stalls within its people. It brings bitter thoughts. It turns out that the Kazakhs have no other rivals and enemies than the Kazakhs themselves, and the victory in the insignificant competitions only makes them annoy each other. And is it possible to raise to the rank of valor the evil deed to the neighbor? Wishing harm to another conflicts with Sharia law, and harms your own and other household, goes against reason. And it’s bitter because someone accepts defeat of his horse as his own, and is ashamed of that failure.

Not only have the Kazakhs had frisky racehorses. The hunting birds and a hound dog may be the property of all: today they belong to one, tomorrow to another; strong dzhigits are also born in different auls. The victories of a fighter in the tournament are not constant, and falcons and hounds are not always in a good shape. What is there to be ashamed? And I have met people who are ready to sink into the ground rather than to see the defeat of their native aul in competitions. From this I conclude that the ignorant people rejoice in what should not be pleased. And they are so happy that just lose their head, as if drunk, speak and don’t understand the meaning of the words. And they are ashamed of what absolutely should not be ashamed, and lower their eyes when, on the contrary, they have to raise a head proudly. This is the fruit of ignorance and stupidity.  When you tell such people about their unhappiness, they agree with your argument. «You're right, they answer, right, what is here to interpret». I don't believe them, because I know that tomorrow they will do the same. It is impossible to prove to these people all the falsity of their customs. Even when you manage to persuade them, they cannot change. They are like animals, not changing their habits. Only a strong fear or death eliminates the weak from the shame. For example, I have never met people who would return to a reasonable life, easily throwing bad inclinations, who would sincerely admit the guilt before themselves and willingly followed the mind.