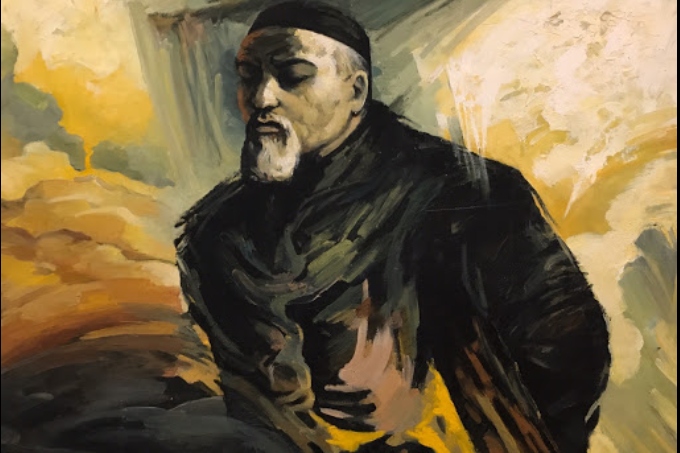 Who among Kazakhs is worthy of respect and love? Biys cannot be honoured because there are no such. Biy should be independent, and those whom we see today, are not free to dispose of even their own wealth. Feuding with an opponent, the rich man hires a hundred of dzhigits for protecting and pays cattle for their service. He silly believes that does so willingly. No, he does not reward them by kindness, or in gratitude for the service. The nature of the rich man is that he carries the discord and strife, he produces rogues and the knights of the night, and in the end the reckoning day comes: the rich man becomes their victim and humiliatingly gives away his possession.

There are no real Morzalar, hereditary nobles, left. The word "Morza" is popularly understood as "generous." So, now you will not find generous, and when you throw a stone be sure to get into morza the one who only knows how to give and take bribes. That's really true: «Those who take gets used to give...»

The present morza is not worthy of respect. You can honour Biys and rural municipality leaders, but they got their power not from God. They have bought or begged it. How then force ourselves to bow the head before such?

It’s pleasant to honour the strong people, but there are none among them rejoicing for good deeds. And strong in bad things were enough at all times. Do they worthy of human love? I want to respect the clever, but cannot find noble and conscientious in the steppe. People always had mind for cunning and deceit. Do they worthy of human attention? I would have respected the unlucky stubborn people, poor and helpless, but sometimes not out of timidity they do not dare to sit down, even on the lying camel. If they had the opportunity they would grab something while the camel is rising. There remain sly fellows and the scammers, but they do not calm down until they lead you to the grave. They don’t need you. So whom to worry and who to love on this earth?

It goes that only the meek, who follows the proverb: "Who is hungry for happiness avoid litigation." They suffer from humiliation of thieves and crooks but still remain bad even when they give their own vital property. The fate taught them to give one half of their wealth without complaint to save the second. You will not find more modest people in this land and maybe we should wish them well-being.