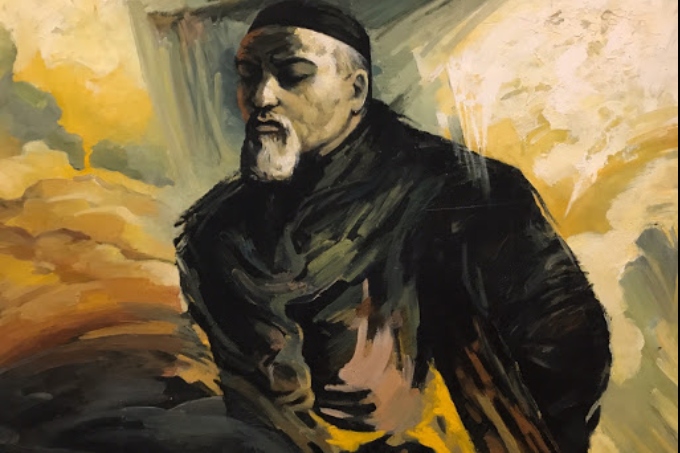 It’s good to educate children, but in order to serve their people, it is necessary to teach them their native language. On our earth this becomes almost impossible. Now people try to get rich first, and then to educate children in Arabic and Persian. It is not easy for a hungry man to keep prudence and honour, even more difficult to maintain a constant commitment to the sciences. Poverty and, as a consequence, enmity with relatives often leads people to a trouble: a man is drawn into the theft, resorts to violence and deceit, gets used to trickery. Only when one is free from worries about a piece of bread, he feels the need to knowledge and culture and instils this thirst to his children.

It is necessary to master the Russian language. The Russian people have the mind and wealth, developed science and high culture. The study of Russian language, study in Russian schools, and the mastery of Russian science will help us to adopt all the best qualities of these people, for they had guessed mysteries of nature earlier than the others, and we’ll avoid their vices. To know the Russian language means to open your eyes to the world. Knowledge of a foreign language and culture makes a person equal to these people, he feels free, and if the concerns and struggle of this people are close to his heart, he can never stay away. This is a human nature. But there are a lot of people, who try to achieve mercy of the strong and knowledgeable, groveling before them. These ignorant people are able to sell their father and mother, relatives and friends, faith, and honor if they would be favorably patted on the shoulder. In order to bring a smile to the face of a Maj.[2], any of them are ready to bare the ass.

Russian science and culture is a key to understanding the world, and having got it, we can actually make life easier for our people. For example, we would learn different, but at the same time fair ways of getting sustenance and we would instruct children on this way: we would be able to protect villages from the unfair Imperial laws; we would fight for the equal status of our people among the great nations of the earth more successfully. It hurts because the Kazakhs, who educated their children in Russian, strive to use their knowledge in order to enrich themselves at the expense of their own tribesmen. Parents together with their families and relatives spoil the children. And yet these children are far superior to the illiterate, for their possibility is extremely high. I think it is simple to make them to work properly, so that they will benefit. Prosperous families are reluctant to send their children to school, the children of the poor are forcibly sent to the Russian schools. That's why we do not see today any noticeable person among the educated people.

Sometimes relatives, quarreling with each other say: «Than bear a grudge against you, it is better to send a son to the soldiers, to grow hair and stop to shave». Because of the offense they are threatening to take shape and the custom of other nations. How can children become greater people, even if they will learn? I've never seen yet children persistently and thoroughly mastering the knowledge: we do it superficially, in fits and starts. Some Kazakhs, for example, hardly agree to send their children to school, even when the cost for tuition carries community.

The path that I propose excludes the love of wealth. Do not hurry to marry and to send a son in a separate family, but teach him first in the Russian school. Donate all of your property, if it is required for study. Nothing should be spared in order to make a person out of your son. You will not be calm, if your son remains ignorant; will not be happy and useful to the people. For such a son you are to feel the eternal fear before the Creator and the eternal shame before the people.