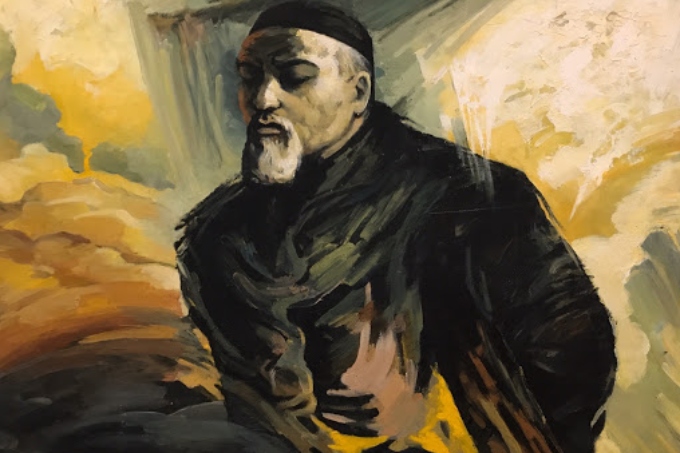 People pray to Allah for children. They want their children to feed them in old age, pray for them, and keep on the hearth. Is that a fair desire?

To keep on the hearth…

Maybe people are afraid of the fate of the accumulated savings? The thought that one will remain without any heir and his property will be left without the owner, probably, tormented not a single man. But why do we worry about it? Why do we cover the eyes with the mist of greed before death? People say: «A good child is a joy, a bad is a grief». Does the man know what kind of child will send him the Almighty? And he asks God to pass on to the shoulders of the son all his sorrows and unfulfilled dreams. Does the son need such a burden?

And do you really need the prayers of the son?  If you did good to the people all your life than without a son there will be a lot of sorrowed by your death, but if you deed much evil, than even prayers of your son are vain. People die angry it means that they condemn children to unaffordable deeds. On this earth there was no case that unworthy father was able to behave a son as a great man.

When they say that the son would feed the parents in their old age, it is also wrong. First, one must be able to live to the old age, and it just depends on him. Second, there must be confidence that the son would really honor the traditions of the steppe dwellers. Third, who will refuse to take care of you, my dear man, if you have the full yard of cattle? Loving son cannot also be able to feed his father, if he himself lives in misery, and yet there is still a difference between children who know how to earn for bread, and children, who are able to share the last piece of bread with parents. Praise to Allah, if your son is worried about the poor and needy. And if not? Will you take on yourself the son’s sin, which, daily and nightly praying, you begged the Almighty?

Attempts of people are ridiculous. First, they cheat their child, promising them the toy or the goodies and enjoy themselves, when it is possible to occupy baby with this. Then they make them revile their neighbors – because those who are closer become enemies earlier - and again rejoice. There passes some time, and people start looking for the mullah - a mentor who takes not much for study: it seems to them to be sufficient if the son will only learn to read and to write. At the same time the boy is persuaded that the other kids wish him only evil and slander. I want to see what good this guy will do for the people. Do not forget that he was begged from Allah.

People are hungry for wealth. However, they do not pray to the Creator of it, because they know: the Almighty gave them the power to work, and the intelligence to master the science. But the power is not always used for the honest work, and the mind is often wasted in vain. It’s enough to be prudent, to be able to seek and work without laziness, to be wealthy. But people want wealth and use the threats, cunning, begging. And so the honor and human dignity are defeated, and desired wealth is found. Use it to get the knowledge. If you are not able to do it yourself, then let your sons do, for without science, there is any life neither in this nor in that world. Without it your prayers, posts, pilgrimage are worth nothing. But I’ve never met a man, enriched with villainy, then found a good use of his wealth. The prosperity, acquired shamefully, is fragile because it leaves behind only flour, bitterness and anger. I knew some rich, who boasted a tight purse, and then met them insolvent. They did not forget the pleasure of the past, but were not ashamed of begging.