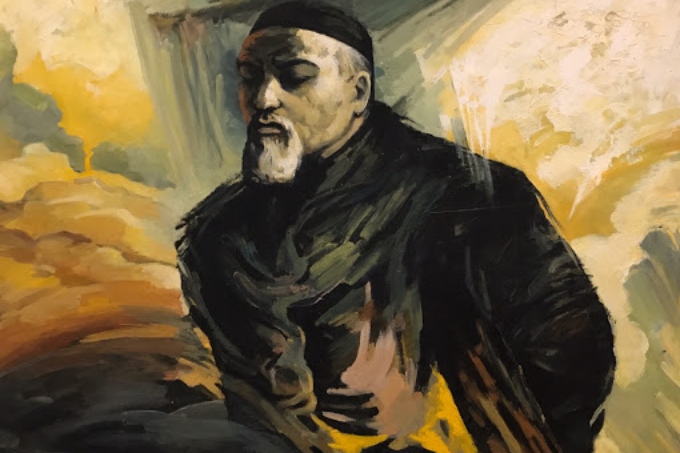 In my childhood I heard a lot about how the Kazakhs seeing the Uzbeks laughed at them: «Oh, you wide-brimmed, with an unclear jabber instead of human speech. You wouldn’t leave on the road, even a bundle of rotten reed! You take the bush at night for the enemy, fawn in the eyes, and revile people behind the eyes. That’s why we call you «SART» which means a loud knocking or crackle».

The Kazakhs also laughed over the Nogais- the Tatars. «Hey, Tatars, you're afraid of camel, while riding on a horse get tired; you rest, when you are walking. You have a bearish agility, and your name is not Nogais but Nokais- clumsy. Maybe that’s why, all we just see around: the soldier – the Tatar, the fugitive – the Tatar, the grocer – the Tartar».

They also laughed over the Russians. «Redheads do everything that comes to their mind. Seeing yurts in the endless steppe rush headlong to them and believe everything they are told. We even asked them to show the "Uzun-fist", and try to see yourself how they found out about you at the other end of the steppe ...»

I laughed joyfully and proudly, listening to these stories. «Oh, Allah, - I thought delighted – no one, it turns out, cannot compare with my great nation. » Now I see that there is no plant that is not raised by the Sart, no tastier fruit than in the garden of the Sart. You will not find a country that is not visited by the Sart, trading, there is simply no thing that he could not make. Everyone in the town is too busy to keep an eye on each other’s affairs, that’s why they are more amicable. Earlier in fact they made ​​clothes for the Kazakhs. We took even shrouds for the dead from them, instead we gave them cattle, for which foolishly killed each other. When the Russians came, the Sarts were ahead of us again, having adopted from the Russians their skills. Wealth, and piety, and skills, and courtesy- all of these have the Sarts now.

The Tatars are able to work hard, know how to amass wealth and how to live in luxury.

Even the most elected of our rich they kick out of the house: "Our floor glitters not for your footprints, Kazakh, left on it with your muddy boots!"

There is nothing to say about the Russians. We cannot be compared even with their servants.

Where did our boasting, pride for the family, and a sense of superiority over our neighbors disappear? Where is my happy laughter?