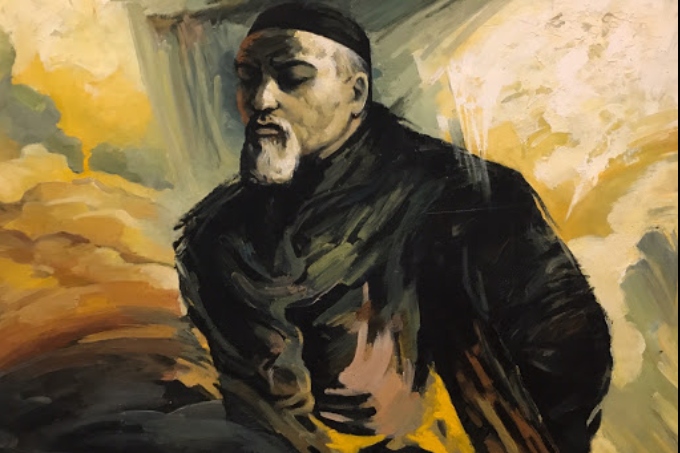 The most precious thing of a man is his heart. The concept of the Kazakhs’ words "courage" and "cowardice" was born from the word "heart." Among the people, batir is called "zhurekti" which means dzhigit - with true heart, a coward is called "zhureksiz" that means the person whose heart is missing. All the best human qualities, such as sympathy, compassion for human grief and humanity are born in heart. Even haste comes from the heart. And there is no lie, when the tongue is faithful to a heart, and if the tongue is lying, then, the heart is simply deceived.

A person with a true heart is obedient to the advice and true to his word; he cannot, like a dog, trail the caravan, and, in contrast, is capable to bring the erring on the right path in the most difficult conditions; he is ready to accept the truth, no matter how it would be difficult for him, and is not able to bow his head before injustice. Such should be a batyr - a courageous and steadfast man, with not a wolf's heart in his chest, but with quivering, human.

The Kazakh is also a human child, and he, like others is fallible. But he makes the mistakes not because of stupidity, but because he lacks hardness to heed the voice of reason.  The heart is guilty.

I do not believe when people say they have committed evil in confusion. Rather, it happens from weakness of will and disregard for the honor. And having learned the taste of evil, people do not immediately release from it. Not everyone can accomplish such a feat. I’ve noticed that dzhigits are often plunged into trouble, by warming them with loud nicknames: strong dzhigit, brave dzhigit, clever dzhigit... But it is very obvious that not only a true dzhigit, but it’s difficult to call simply a man someone who have lost the honour but feels no shame, who lost control and commits indecency.